Ceres provides demolition services to a variety of clients, in a variety of emergency situations and locations.

Each project is unique and is jointly planned and executed with an experienced team of operators and management professionals drawing on backgrounds in environmental remediation, engineering, surveying, traditional demolition and hazardous material handling. We have performed demolition and deconstruction services for a variety of projects in severe conditions and across a multitude of locations and geological conditions. 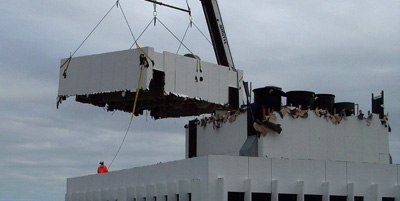 The roof of the NZI House was removed in order to gain access to the elevator lifts and HVAC equipment that could not be dropped from the 12-story building during the UHR demo. The pick weighed 11 tons and was picked by a 300TN mobile crane using a 6-point rigging system. 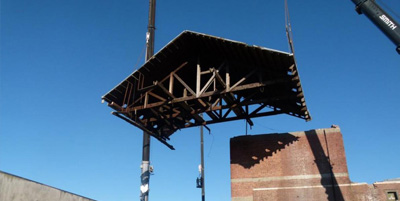 The Odeon theatre was one of the oldest theatres in Christchurch. The rare large timber roof trusses were of significant heritage value and are to be reused in the reconstruction of the theatre. The pick weighted 20 TN and required 4 cranes. 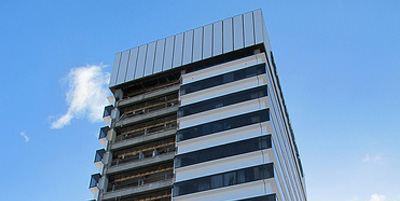 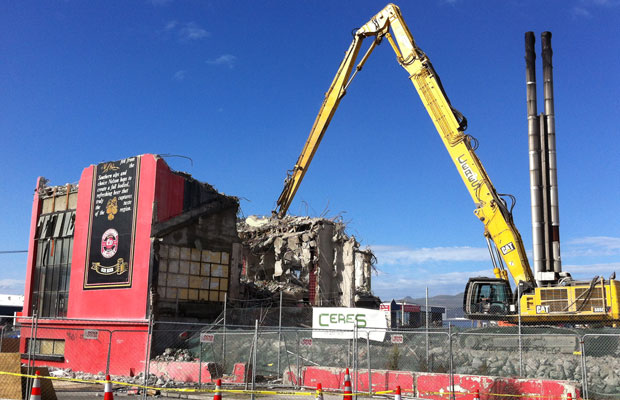 The Canterbury Brewery is the first demolition in which the Government has compulsorily acquired the site and has tendered the project through CERA. The contracting is new to CERA and, as a consequence of the joint fiscal responsibilities of the prior owner and The Crown, the process is arduous and process-driven. Although Ceres did not have the lowest tender, we were selected as the most responsible Contractor by CERA and awarded the project. It is the site of the first “Significant Building within the Master Plan blueprint for the City Rebuild”.

The Ferrymead Bridge demolition project site was located in Ferrymead, Christchurch, Canterbury. The bridge was built across the Heathcote Estuary in the 1960’s. Ferrymead Bridge was a lifeline providing a vital transport connection to the eastern suburbs of Christchurch and the port of Lyttelton for overweight and over-dimension loads. This project involved removal of post tensioned concrete bridge structure, abutments, excavation, and removal of concrete piles. The demolition was a part of new bridge construction and the demolition was subcontracted to Ceres NZ by HEB Construction.

The project was started in February 2013 and was completed in April 2013. The bridge was a three-span concrete structure, nearly 200 feet long and 66 feet wide. The project also included removal of 26 concrete piles, abutment removal and excavation. 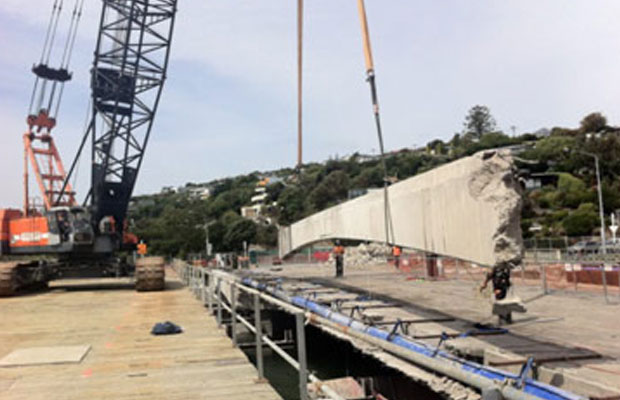